Benchmark iron ore futures in China slumped more than 4% to their lowest since March 24, as an increase in portside inventories and curbs on steel production weighed on prices.

The most actively traded iron ore futures on the Dalian Commodity Exchange, for January delivery, fell as much as 4.6% to 806 yuan ($124.36) per tonne.

China’s steel industry is under pressure after pledging to reduce output this year, a goal that requires huge second-half curbs to offset booming output earlier in 2021. Production in July was more than 8% lower year-on-year, data on Monday showed. 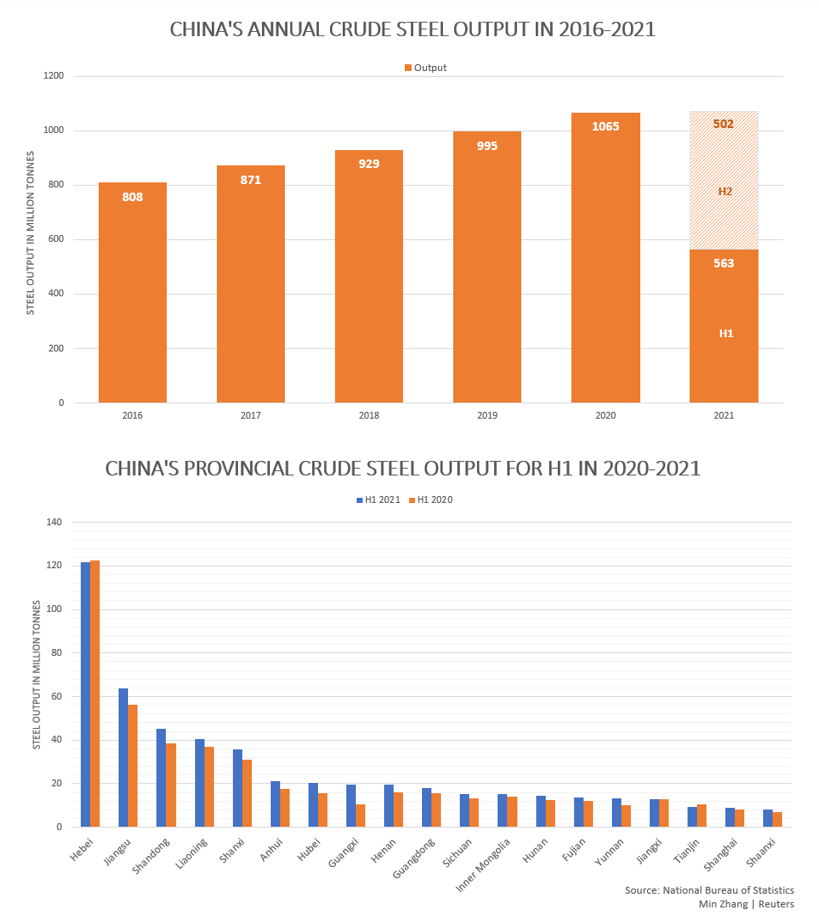 Authorities in the steel production hub Tangshan city in Hebei province have issued an air quality control plan for the Beijing Winter Olympics in February, imposing ultra-low emission standards across the steel and power sectors until March.

“In the short term, iron ore demand and supply did not worsen significantly, prices fell but are still at high levels,” analysts with Huatai Futures wrote in a note.

The prospect of much lower steel production in the second-half is “testing the bullish resolve of the futures markets,” BHP wrote in a commodities outlook report on its website.

“Policymakers are clearly concerned about over-investment and concentrated credit risk in the property sector,” Commonwealth Bank of Australia wrote in an emailed note.

“Even if China swings to more pro-growth policies to battle recent weakness, there’s a good chance that the property sector is left out.”