POLITICIANS FOCUS ON HYDROGEN ENGINE: EU BECOMES SHAREHOLDER OF KEYOU, SECURING PARTS OF THE SERIES A INVESTMENT ROUND

This is the first time that the European Union is funding a project of this kind, sending a clear signal to the automotive industry. The engineers at the Munich-based Clean Mobility start-up KEYOU are benefiting from this. They have been working on the development of highly efficient and clean hydrogen engines since 2015 and have already achieved impressive results. The investment of up to 7 million euros by the European Innovation Council (EIC) is remarkable because it consists of project funding and at the same time direct participation in the Munich-based start-up KEYOU.

As of the 08 January 2020, only 0.2% of the applications from a total of over 1,800 companies were selected by the European Union as eligible for funding, including five projects from Germany. The multi-stage application process for the Munich start-up ended with the successful pitch in Brussels. KEYOU is now officially part of the European Union's EIC-Accelerator funding program "Horizon 2020". With this program, which is aimed at young and highly innovative companies, the European Union wants to support "entrepreneurs and small businesses with financing opportunities".

In the EU-funded project, a truck – powered by a zero-emission hydrogen engine – will be designed and built based on the development know-how of the Munich-based company. In addition, the funding program is intended to significantly advance the industrialization and commercialization of KEYOU’s technology.

"The grants and the participation by the EU again bring us a big step forward. On the one hand financially - after all, we are currently in the Series A II financing round - and on the other hand, of course, politically. EU participation in KEYOU is a clear political signal that the hydrogen combustion engine is now officially regarded by politicians as a key technology to achieve the climate protection goals in mobility. This gives further impetus to the hydrogen engine in general, but of course also to our KEYOU-inside technology," explains Thomas Korn, CEO and co-founder of KEYOU.

This is also confirmed by the European Innovation Council in its official statement, arguing that with its technology, KEYOU "is at the right time and right place to change the mobility market and to change the transportation market towards hydrogen economy, particularly given the new Green Deal objectives".

"We are extremely proud that we are one of the few companies to receive support and participation from the European Innovation Council. We want to use these funds to further develop our technology, bringing the first prototype on the road as quickly as possible," Korn continued. Other well-known companies from the automotive industry are also discovering the hydrogen engine for themselves, recognizing the advantages of this alternative drive technology, especially for commercial vehicles. The unique combustion characteristics of hydrogen allow to develop a new generation of combustion engines - highly efficient, powerful and at the same time environmentally friendly. The hydrogen engine can be produced in large quantities without rare or toxic raw materials, highly efficient, and therefore with the lowest CO2 footprint on an existing, mature production infrastructure. Therefore, it has the potential to develop into a key technology for achieving climate protection goals in mobility. 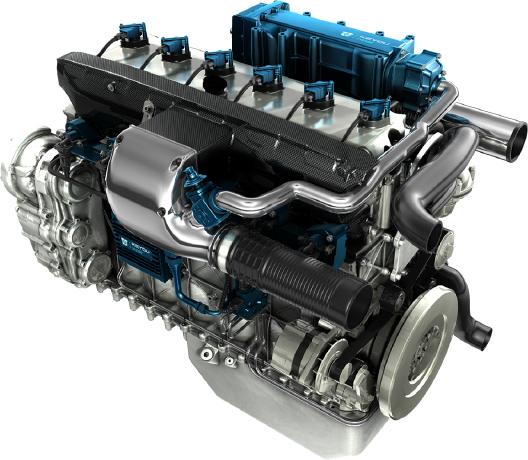