Recently, a new energy vehicle manufacturer in North America has announced a new plan to manufacture and assemble its cars. The one-piece molding technique can eliminate the need for assembling smaller parts by diecasting one big piece during a single process. Thanks to the development of giant die casting machines, this process can revolutionize the whole automotive industry.

LK developed the giant 6000T die casting machine in 2019, that is by far the largest tonnage machine in the world. The machine is used for making big parts using one-piece casting technology. The development of such machine marked a milestone in lightweight parts manufacturing in automotive industry, and it has the potential to revolutionize how car makers manufacture their cars.

The application of die casting in the automotive industry
In the automotive industry, magnesium and aluminum alloy are widely used in the car body and different components. As early as 1920s and 1930s Germany when you can see people using magnesium alloy for different components; and with the development of high strength magnesium and aluminum alloy materials, they have gradually been incorporated into the structural parts. And die casting is the main method of producing such parts.

In the past, only the smaller parts were die cast, including the wheels, engine blocks, transmission cases and struts. They did not induce a significant weight reduction. With the advancement of various techniques in die casting such as clamping force and injection speed and pressure, the bigger parts can now be die cast as well, such as car doors and chassis. In short, the introduction of such materials brought significant weight reduction and subsequent fuel consumption reduction.

Car lightweighting has been a hot topic for years, and with the ever more stringent emission standards and fuel saving measures, it it only getting more and more focused. The automotive industy has also responded to the trend by gradually replacing steel parts with aluminum parts and that spurred the demand.

The advantages of incorporating magnesium and aluminum into automotive manufacturing
As China develops and the Chinese people earning higher and higher incomes, the sales of cars has increased considerably, and that fueled the die casting industry in China. In that aspect, aluminum and magnesium alloy industry grew particularly well. They are light, have high strength, and conduct heat well, and thus they are widely used in automotive, electronic and aerospace engineering industries.

Car lightweighting has been a hot topic for years, and with the ever more stringent emission standards and fuel saving measures, it is only getting more and more focused. The automotive industry has also responded to the trend by gradually replacing steel parts with aluminum parts and that spurred the demand.

Lightweight for a brighter tomorrow
As previously mentioned, incorporating aluminum and magnesium alloy is essential in the automotive industry as lightweighting can reduce fuel consumption without sacrificing the structural rigidity and safety. A study shows that when a car loses 10% of the weight, the fuel efficiency can raise 6%-8%; 100 kg weight reduction can yield to fuel saving of 0.3 L – 0.6 L/100 km; 1% weight reduction can lower fuel consumption by 0.7%. Another benefit of lightweighting is that driving safety is also enhanced.

Magnesium alloy can have a significant weight reduction on different components, such as steering columns, engine blocks, and clutch frames, comparing to other materials such as zinc alloy, steel and aluminum alloy, while improving the structural rigidity.

The technology and innovation in one-piece casting
As the name suggests, one-piece casting means to die cast a single large piece instead of die casting smaller parts and assemble them together afterwards. This technique is done by redesigning the parts. There are several advantages associated with such technique. First, the quantity of parts can decrease and thus the assembly line can become more simple, saving human resources and production time. Another thing is that, there would be less joints between parts and that means better structural rigidity, less friction and less wear. Finally, there would be fewer concerns about holes, flanges installation positions, and thus the parts can be better engineered.

In short, through proper one-piece casting, various parameters can be reduced or decreased, including capital cost, production time, operation cost, floor space and tool cost. With such reduction that means better efficiency can be resulted, and that is critical in new energy vehicle industry. In reality however, strong support and backup is required to achieve such benefits.

However, if we are to utilize one-piece casting in the automotive industry, the requirements on die casting machines become much more stringent. Different automotive parts are already die cast, such as engine blocks, transmission cases, drive trains and steering columns. In new energy vehicle manufacturing, even bigger parts such as car body frame or the chassis are put into one-piece casting as well. To die cast such parts would mean even higher requirements, such as higher clamping force, bigger platen size and injection weight. Traditional die casting machines would not be able to satisfy such high-end requirements.

The breakthrough of one-piece casting
The successful launch of LK 6000T die casting machine marked a breakthrough of the development. There were several challenges involved, including design, manufacturing and controls, and the company dedicated itself for prolonged period of time in research and development, and finally launched the giant 6000T machine, fulfilling the needs for giant machines that has existed for years.

The first challenge: Design
The first challenge in making a giant die casting machine is the design part. Without much reference, the team needed to design from scratch on parameters such as dimensions and material, and carried on stress analysis, trajectory analysis and so on, in order to pass the inspection. On the other hand, the team has made effort to make sure such machine is up to date and is able to adapt to the everchanging industry.
LK has successfully landed a breakthrough in the die casting industry and pioneered the development of such die casting machine technology.

Second challenge: production and assembly
After the design part, another challenge that comes is the production and assembly part. There are three platens in the die casting machine, namely the front, the middle and the rear platen. The power system would drive the platens into motion to achieve platen open and close. In giant die casting machines, each platen is close to 4 m x 4 m, with mass of 60T. Each tie bar is close to 10 m in length, and all of them are close to the limit of the components. The platens are constantly moving during operation, and that poses significant precision and stability requirements. Furthermore, it is difficult to find such equipment to work on those components.

The Fuxin plant carried out modifications to some of the existing equipment, and in the end the equipment successfully made the components of the giant 6000T machine. Furthermore, the components are optimized as well, e.g. the linear guide rail for middle and rear platen. That has low friction and low wear, and thus solved the platen deformation.

Third challenge: Smart control system - what makes LK solutions intelligent
Another aspect that makes LK solutions suitable is the intelligent part. There are several aspects included, e.g. more than 10 settings of injection speed and position control; more than 6 settings of pressure build up and pressure selection; max. injection speed can be >10 m/s with pressure build up time <30 ms, etc. Those are well suited for manufacturing large size parts with thin wall applications. 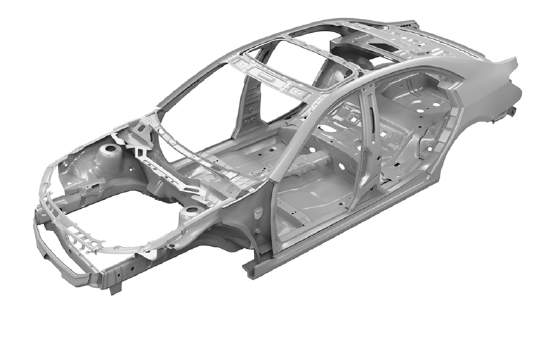