A recent announcement by Europe’s largest iron ore producer, LKAB, may seem like a technical detail only relevant for metallurgists and steel nerds.

However, the company’s plan to invest up to $46 billion over the next 15–20 years to expand into an emissions-free iron process being piloted in Northern Sweden is big news for Sweden, the global steel industry and future generations around the world.

From a climate change perspective, steelmaking is considered one of the "hard-to-abate" sectors. Given that the industry contributes directly to 7 percent of all global greenhouse gas emissions, it is impossible to ignore it. But in contrast to other areas of our society — such as automobiles or power generation — technical solutions to replace conventional methods have seemed either quite expensive or simply unknown.

However, this view has rapidly changed over the course of only a few years, and Swedish industry has played a pivotal role in this shift.

The steel industry contributes directly to 7% of all global greenhouse gas emissions.

In 2016, the HYBRIT project was launched as a joint venture between utility Vattenfall, iron ore producer LKAB and steelmaker SSAB. Both Vattenfall and LKAB are owned by the Swedish state, while SSAB was privatized in 1994. And with the political backing and de-risking of the early stage of the HYBRIT project, it can be argued that HYBRIT is the outcome of a long-standing political intent to ensure a competitive basic industry sector in Sweden. Looking forward, with customers, investors and policymakers increasing pressure to adhere to the Paris Agreement, reducing greenhouse gas emissions is a critical element of maintaining competitiveness.

The process that HYBRIT is currently piloting in Luleå, a small town in northern Sweden, holds the key to unlocking dramatic CO2-emissions reduction for steelmaking. By using hydrogen instead of coal as a "reduction agent" — to remove the oxygen from the iron in iron ore — the most critical step in the steel value chain becomes virtually free of carbon emissions. These steel plants can replace polluting blast furnaces with a process that emits water vapor instead of CO2.

On Nov. 23, LKAB announced that it intends to integrate forward in the steel supply chain and start producing "sponge iron" as a value-added product from its current pellet product, using the HYBRIT process. This pivot in business strategy has major significance for the global steel industry.

Steel plants can replace polluting blast furnaces with a process that emits water vapor instead of CO2.

There are three reasons LKAB’s announcement is big news for the global steel industry as well as the economy at large:

Implications for the global steel industry

Sweden is a small economy that already has comparatively clean energy supply. However, LKAB’s stated strategy to over time integrate forward into primary steelmaking not only enables thousands of jobs with strengthened long-term competitiveness, it also reduces disproportionate amounts of greenhouse gas emissions.

Steel production is only one of many potential uses for hydrogen. Indeed, other sectors that are technically challenged to reduce emissions likely will have to rely on cheap hydrogen.

Today the cost of hydrogen for fuel cell trucks or buses, as well as using hydrogen (or ammonia) as an aviation or maritime fuel, is prohibitively high. Yet costs are expected to come down as the technology is deployed at scale.

The sponge iron capacity that LKAB could build out corresponds to half a million large fuel cell vehicles, a significant step towards the "hydrogen economy" envisioned by the European Commission. The production of the hydrogen could require as much as 10 GW worth of electrolyzer capacity, a quarter of the total EU target for 2030.

LKAB’s ambition to build a sponge iron plant as early as 2027, just one year after SSAB plans to retire its blast furnace in Oxelösund, speaks volumes in terms of the technology confidence the joint venture already has established.

LKAB is also setting itself up as a single company to grow its DRI capacity by 30% per year over 20 years.

Furthermore, Göran Persson, chairman of the board and former prime minister of Sweden, claims that the investments shall be made without any government support, expecting it to be competitive without subsidies beyond the EU carbon price. LKAB is also setting itself up as a single company to grow its DRI capacity by 30 percent per year over 20 years, diminishing any doubt that the technology can be scaled fast.

In the big picture, while this constitutes a significant step towards a decarbonized steel industry, the impact corresponds to less than 1 percent of the emissions from the global steel industry. But even though it’s unrealistic to expect that the whole steel industry will turn upside down to adopt this new technology given the scale of investment in existing blast furnaces, other iron ore companies can of course replicate LKAB’s forward integration.

The main iron ore sources in the world, in Australia, South Africa and Latin America, have access to drastically cheaper renewable energy than Sweden. This makes for an even more competitive product using this highly electrified process. Indeed, in these locations zero-carbon steel can be competitive with blast furnaces completely without subsidies.

The leadership demonstrated by LKAB serves as a role model for the kind of outside-the-box and whole-systems thinking required for the global economy to decouple economic growth from greenhouse gas emissions.

For example, adding 10 gigawatts (GW) of load, given Sweden’s current total installed generation capacity of 40 GW, will require significant investments in both renewable generation capacity and grid infrastructure. But for utilities, this opportunity is providing a much-needed headwind to achieve a zero-emission power system, as investing in a growing market is significantly easier than with stagnant demand.

The fact that the impact on global emissions will not be credited to Sweden in the political protocols negotiated under the United Nations Framework Convention on Climate Change underscores the value of corporate action. The private sector remains the most reliable engine for innovation in our economy. 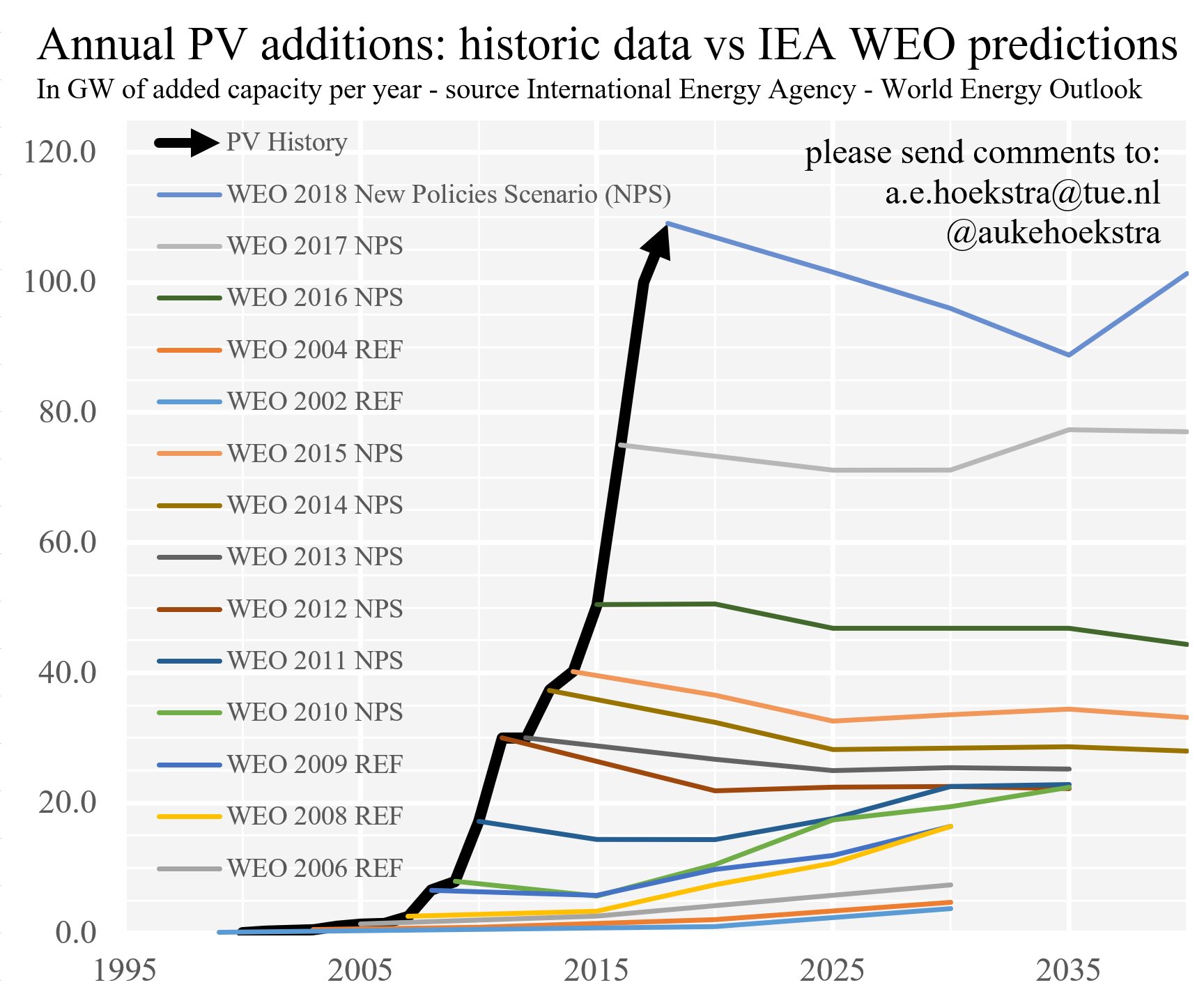 Technology disruption is by definition challenging to forecast. In the solar industry, the International Energy Agency (IEA) consistently has underestimated both near- and long-term capacity additions to an almost comical degree. Yet the private sector has managed to out-perform expectations, and this is true for LKAB and the HYBRIT team just as it has been for the solar industry.

In comparison, the official position of Jernkontoret, the Swedish Steel Association, that it will take "20-30 years until this technology can be introduced into large-scale industrial production" is conservative, to say the least. The World Steel Association is almost completely silent about the opportunity of both hydrogen-based reduction and other alternative technologies. The association’s 2020 positioning paper maintains a narrative around need for long-term R&D rather than rapid deployment support.

But regardless whether the industry associations are acknowledging it, the snowball has started to roll down the slopes of the Luossavaara and Kirunavaara mountains (the L and K in LKAB) and the avalanche will hit the global steel industry within this decade.

Survivors of the impact will re-emerge to ski in clean powder snow. Casualties will be buried under the masses, anchored down by strategically untimely investments in CO2-intensive technology.