China's crude steel output hit a new record high in May as construction and manufacturing demand ramped up after Covid-19 lockdowns ended.

Crude steel output totalled 92.27mn t last month, up by 8.5pc from April and higher by 4.2pc from a year earlier, according to national bureau of statistics data.

Output had been expected to rise in May given strong domestic demand, widening profit margins and an influx of spot import orders for finished and semi-finished steel as the economy rapidly recovered from Covid-19.

Real estate sales fell by 12.3pc in area terms, narrower than a 19.3pc drop in January-April.

More than 70pc of China's steel is consumed in the construction and machinery sectors. 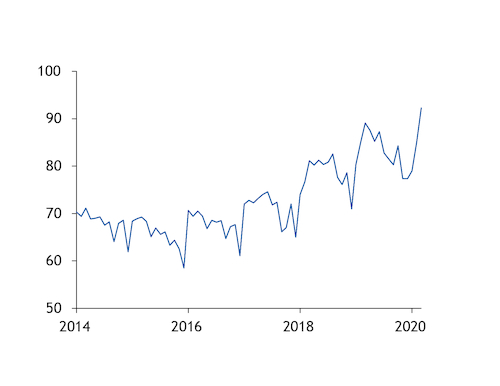